I fell over board and it was wonderful, at first. The water was salty and warm and it felt like freedom. But as I was splashing around in the waves I didn’t realize that the boat had sailed away. All of a sudden I felt myself being sucked downward by the violent, heavy water. No boat, no life jacket, just a never ending ocean and my will power to survive.

That story is a metaphor. I did not literally fall over board but figuratively, I most definitely did. The boat in this particular metaphor is a a healthy, active lifestyle. I am embarrassed to admit this because I was doing so well with post holiday fitness and healthy eating, I dropped a few pounds and I was feeling great in my own skin. And then I fell over board, let me share my cautionary tale.

At first I had an excuse. Remember my diaphragm situation? After my hospital visit I took a few days off from exercise to rest the muscle. Turns out that was a complete waste of time because 5 lazy days later I once again found myself on the floor (this time in the comfort of my own home) in excruciating pain. I had done nothing to bring on a diaphragm spasm so naturally I was very confused. I decided to pay another visit to the doctors. After being poked and prodded this new Doc determined that I was miss diagnosed and my diaphragm was fine. Instead, new Doc was concerned it might be my liver or gall bladder… Which is, ya know, just dandy. So he sent me for some tests, ultrasounds and blood tests and the like. The upside to Canadian health care is that it is free, the down side is that it can take a lot of time. So a full week later I got the tests done and now here I am still waiting for the results. Good news is I haven’t had any pain in a while, but I still want to know what the results are because what if its something serious that I need to know about. You never know! Anyway, back to my excuse… Since I’ve had no clue why I was experiencing pain or what was causing it I decided to steering clear of exercise for the time being.

In the midst of all of this “what is going on with my body” drama, I got my lovely monthly gift from mother nature… if you know what I mean. Great timing body, way to go. And I don’t know about you, but time of the month Alex loves to snack! A lot! One small bag of candy can’t hurt, right. WRONG! It sent me on a downward spiral of chips, chocolate and sugary sweets. At first it was wonderful. Just like in the metaphor, except replace splashing in waves with gorging on snacks.

Now it’s been nearly three weeks of no exercise and lots of bad food in even worse amounts. Last night I had that moment where I realized that the boat was gone. I had eaten a pizza pocket for lunch, soup for a late snack, then dinner, and then I had handfuls of chocolate covered raisins, and then I ate almost a whole bag of tostitos chips. When I finally stopped eating I felt so sick to my stomach, I wanted to vomit. It was one of the most terrible feelings, being literally stuffed. I don’t want to feel like that ever again! I was just getting into some good habits with the almost daily exercise and the smoothies. I want to get back to that place. No, I need to get back to that place because staying here is not an option.

It’s time to sink or swim and I am swimming for dear life!

6 thoughts on “I fell over board…”

Happy 1st Birthday Juliana! You have the brightest eyes and the happiest smile. And we love you to bits and pieces! I wish more than anything that I could hug and kiss you today! I hope you have the best day at home with mummy and daddy and Daniela! Love Aunty Ally ❤️
Bear hugs are the best hugs.
Happy birthday to my person. Today, I wish more than anything else that you could come over and we could drink wine and watch a movie together. Or that I could just give you a big hug. For now, we’ll celebrate you with video calls and distanced chats and when this is all over we can hug and laugh and drink and dance. Katie, you are my best friend, my sister from another mister, the Brooke to my Peyton, my workout buddy and the best puppy aunt in the world. Thank you for being you. I love you! Happy birthday. 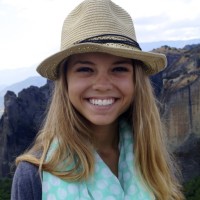 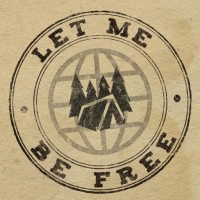 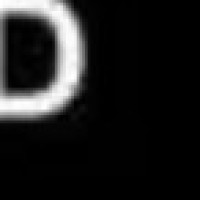